The ongoing war in Ukraine has displaced millions of people and has exposed men, women and children to the very real risk of human trafficking within Ukraine and other countries in the wider region. Children without parental care are particularly at risk of exploitation and abuse, which can be exacerbated by age, gender, disability or other circumstances. Without action, we expect to see increased reports of trafficking and exploitation among affected persons both within Ukraine as well as those fleeing to neighbouring countries.

Several countries have mechanisms to respond to the refugee crisis in the context of the war. The recently activated European Union Temporary Protection Directive aims at providing swift international protection to people fleeing the conflict.  Efforts should be made to ensure that the displaced persons have access to shelter, food, health, education and financial and socio-economic support.

Identification and registration procedures, especially for children at risk, including those who are separated or unaccompanied, are essential to facilitate referrals to critical services for the protection of children, including emergency care arrangements.

Likewise, a positive and comprehensive approach to the refugee population fleeing Ukraine is critical in changing the attitudes of communities in receiving countries towards refugees fleeing other humanitarian crises. Effective assistance and protection must be provided to refugees and internally displaced persons, without discrimination, including based on race, gender, disability or other status. There is significant evidence showing that discrimination and racism can increase vulnerability to trafficking.

The Inter-Agency Coordination Group against Trafficking in Persons (ICAT), the United Nations’ leading policy forum to address human trafficking, is closely monitoring the impacts of the war to ensure that effective policy guidance on addressing human trafficking is developed. Many of the challenges experienced by displaced persons are a result of the lack of appropriate policies that underpin the response to crises and ineffective implementation of existing relevant laws, policies and mechanisms.

Through its Policy Support Group, ICAT is identifying human trafficking-related policy challenges arising from crises, such as conflicts, including their medium to long-term implications. ICAT is committed to provide policy support to governments and regional organizations to develop measures to adequately address such challenges.

ICAT members have raised concerns about the possibility of growing demand for sexual services of Ukrainian women and girls, including online, and the potential increase of trafficking in persons for sexual exploitation, as well as online exploitation and abuse. There are already preliminarily reports of increases in online searches for explicit content and sexual services from Ukrainian women and girls.

Trafficking for the purposes of sexual exploitation in a conflict context is considered conflict-related sexual violence. More needs to be done to address risks of trafficking in crises, including by strengthening identification and documentation of cases in line with best practices and do-no-harm principles. In this regard, ICAT highlights the work of the UN Special Representative of the Secretary-General on Sexual Violence in Conflict to advance the prevention of, among others, conflict-related trafficking in persons for the purpose of sexual violence and other forms of trafficking that may include sexual violence, in the context of the war in Ukraine.

Coupled with the identification of specific at-risk labour sectors, there is also a need to strengthen measures to reduce the demand for and supply of exploitative labour and services, especially in sectors employing informal female labour such as domestic and care work. It is also important to strengthen data collection and evidence building on types of risks and vulnerable groups, particularly as the impact of the conflict increasingly disrupts regular workforces.

As social media platforms and instant messaging groups are heavily relied upon for seeking and offering services, especially accommodation and transport, as well as job opportunities, which can be easily exploited, greater cooperation is urgently needed between social media providers, employment advertising platforms and other relevant stakeholders to monitor services and report deceitful advertisements especially targeting vulnerable displaced persons. Such monitoring must be consistent with human rights standards and domestic legislation. Awareness raising about risks of abuse and exploitation should be intensified and made accessible, including information on where and how to report abuse and seek help.

ICAT urges renewed efforts to mobilise and enable key expert stakeholders, including through strengthening the capacity of labour inspectors, for the early identification, reporting and provision of needed support to prevent traffickers from exploiting the vulnerable in the affected populations and stop the impunity of traffickers. Importantly, financial institutions are critical in mitigating risks of (re)trafficking in the context of the Ukrainian crisis through provision of financial services to vulnerable groups, reporting of suspicious activities and enabling remedy to victims through the freezing and seizure of illicit assets. Financial intelligence units should prioritize such reports while protecting the victims of the crime.

ICAT members further call on all States to urgently give greater attention to the very real short-, medium- and longer- term risks of increased human trafficking arising from the war in Ukraine. In this regard, ICAT and its members stand ready to work alongside governments and enable adequate policy responses to human trafficking in the context of conflict.

Since the escalation of the conflict in February 2022, over six million refugee movements from Ukraine have been registered, according to data from the United Nations Refugee Agency (UNHCR) as of 11 May 2022, with the majority (90%) of refugees being women and children vulnerable to human rights violations including human trafficking, sexual violence, abuse and exploitation. In addition, more than seven million people have been displaced internally within Ukraine, since the beginning of war (IOM). Among these are many Third Country Nationals who have further encountered challenges, including discrimination and lacking access to services provided to Ukrainian nationals. In this regard, States should

While recognising the incredible support and outpouring of solidarity of host governments and communities to persons displaced by the conflict in Ukraine, agencies such as UNHCR are advocating with governments for vetting and registration arrangements for people providing accommodation, transport or other support to ensure refugees seeking help are not exposed to exploitation by criminal actors, and that any abuse or misuse can be reported to the appropriate authorities and perpetrators held to account. In this regard, States should:

Noting that research (e.g. from UNODC, OSCE, etc.) documents that conflict increases the demand for goods and services derived from exploitative labour, Ukrainian refugees are particularly exposed to exploitation in specific at-risk sectors in receiving countries, including agriculture, construction and cleaning services. In this regard, States should:

More than one million Ukrainians who had fled the war are estimated to have since returned to Ukraine, with 30,000 people currently crossing the border back into Ukraine daily. In the absence of appropriate return and reintegration support, a large percentage of returnees will, in the medium and long term, be vulnerable to human trafficking or possible re-trafficking. In this regard, States should:

ICAT was established in 2007, by the UN General Assembly, to enhance cooperation and coordination among UN agencies and other relevant international organizations to facilitate a holistic and comprehensive approach to trafficking in persons. Its members include 31 UN entities and other international and regional organizations. In 2022, ICAT is co-Chaired by the United Nations Office on Drugs and Crime (UNODC) and the International Centre for Migration Policy Development (ICMPD). 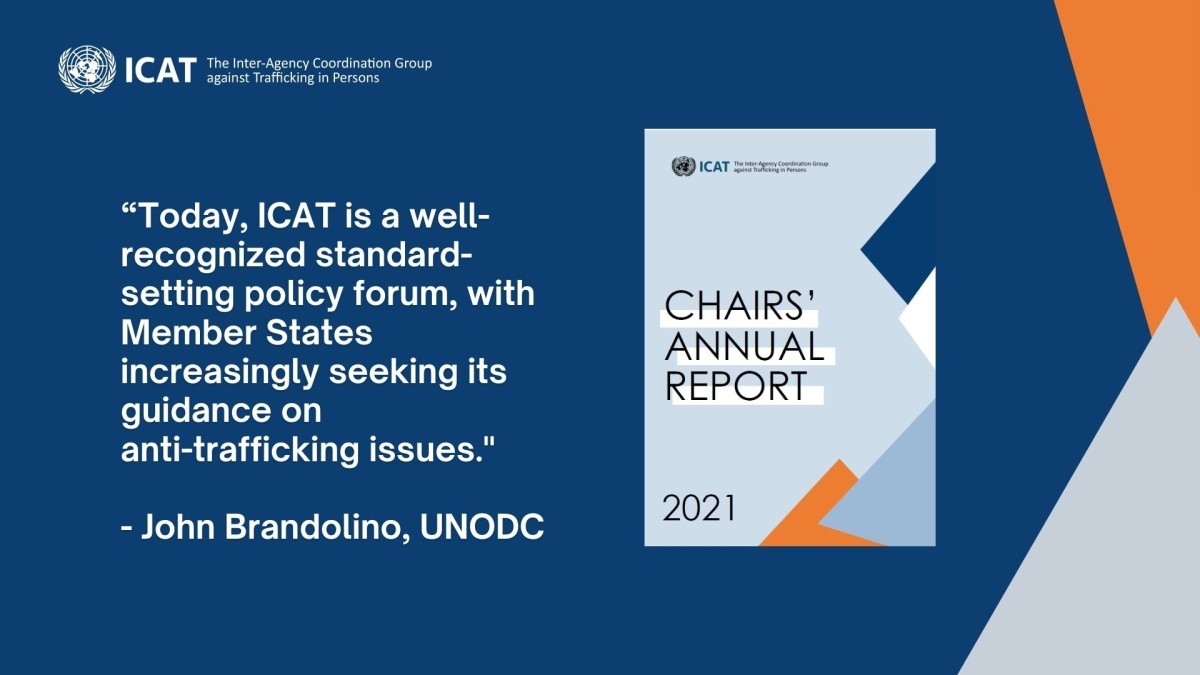 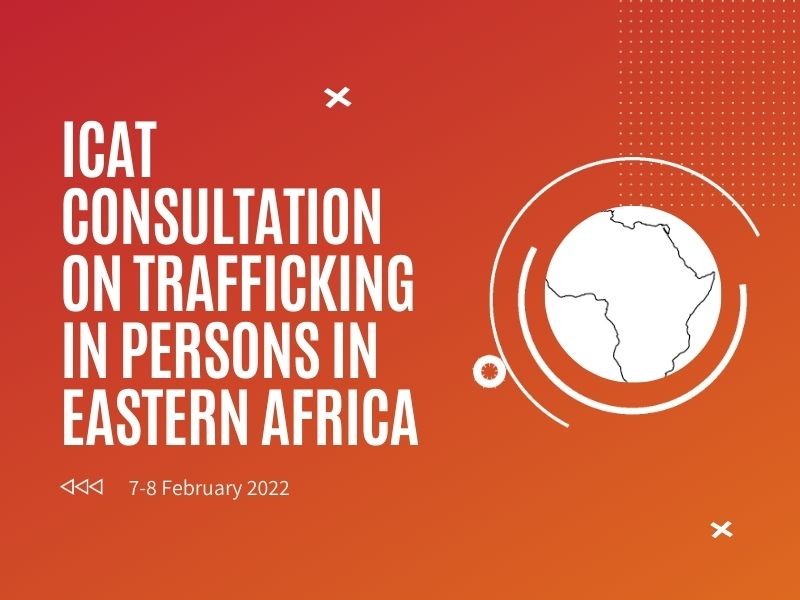 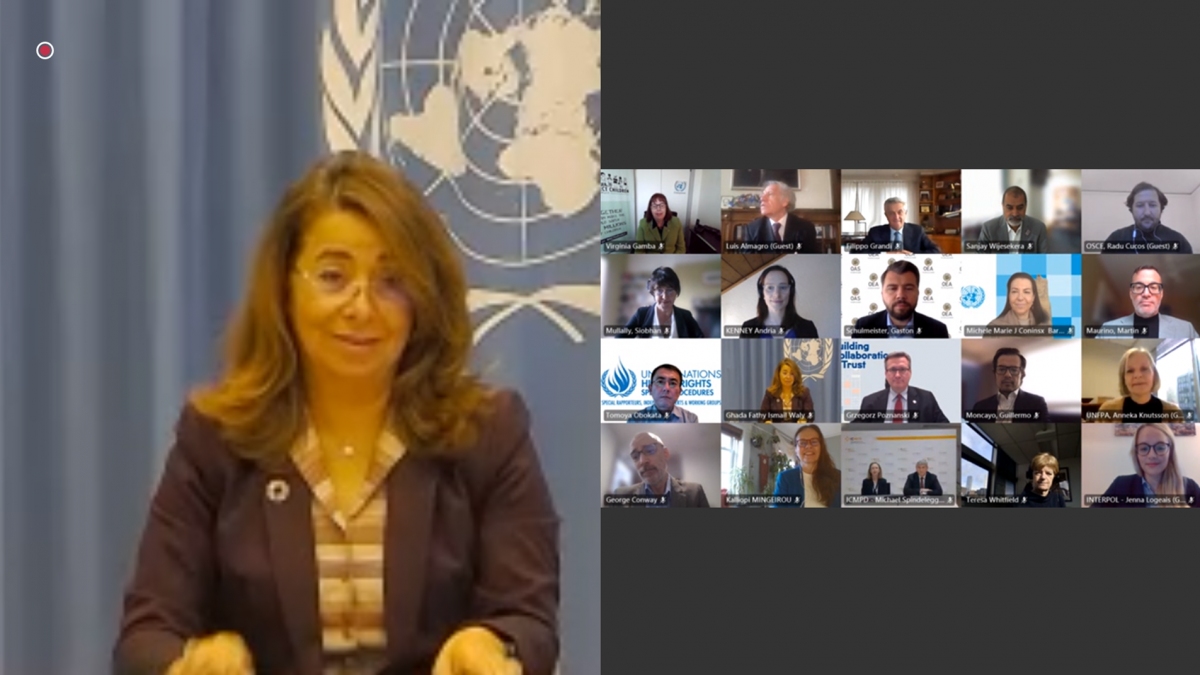