Multi-stakeholder partnerships are increasingly being recognized as an essential pillar to effectively addressing the multi-faceted nature of trafficking in persons.

ICAT, as the lead UN-mandated mechanism coordinating responses on trafficking in persons, is not only itself an example of effective multilateral partnership among its nearly 30 members, but it also strives to promote this model of cooperation both internally and externally as a gold standard of anti-trafficking action.

In its first ever Action Plan adopted in December 2020, ICAT has committed to systematically engage with a diverse range of actors, including civil society, survivor associations, as well as existing human rights mechanisms in its work, and promote such engagement with those involved in the development of comprehensive anti-trafficking interventions.

In this regard, ICAT seeks to ensure that human rights are respected throughout, and that consideration of the different needs of victims, including as related to their gender and age, remains central to all responses.

When it comes to “victim-centred approaches”, survivors of trafficking are in fact essential partners as they have experienced first-hand the dreadful effects and impacts of this crime, as well as what the road to recovery looks or should look like. Their informed perspectives are thus particularly useful in the design and implementation of all anti-trafficking responses and to enhance the understanding of the crime itself.

Advocating for the inclusion of survivors´ perspectives in policies tackling the demand that fuels all forms of trafficking in persons was in fact the focus of the virtual event that ICAT co-organized with the OSCE Office of Democratic Institutions and Human Rights (ODIHR) on 15 June 2021, in the margins of the 21st OSCE Alliance against Trafficking in Persons Conference.

A panel of five survivor leaders from the International Survivors of Trafficking Advisory Council (ISTAC), who made it out of trafficking situations and are now providing their expert advice to policy-makers formulating responses to this crime, buttressed the importance of integrating survivor perspectives in anti-trafficking responses. 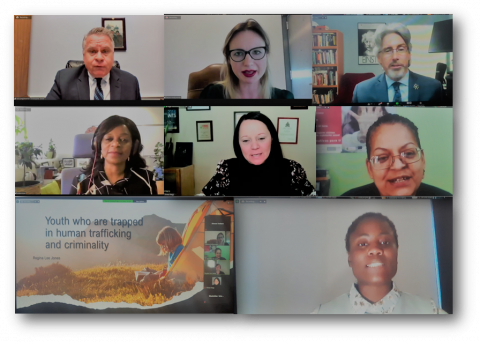 Reflecting on their personal experiences, the survivor leaders recounted the harrowing stories of their exploitation and provided concrete recommendations to governments on policies and measures to address trafficking in persons.

In particular, they emphasized the need to identify the whole chain of perpetrators behind this crime and noted the adaptability of traffickers during the COVID-19 pandemic, which has resulted in more cases of online sexual exploitation.

The survivor leaders also stressed the need to sensitize society in general, and the youth in particular, on the risks associated with pornography and access to online child sexual abuse content as key to discouraging the demand fuelling trafficking in persons.

They also highlighted the importance of reintegration of victims into society, further stressing that survivors´ engagement is crucial. In this regard, ICAT is striving to consider perspectives of survivors to inform its interventions going forward.

“ICAT is strongly convinced that victims and survivors are fundamental agents of change in addressing not only demand, but all aspects of trafficking in persons,” said Loide Aryee, Chief of the Organized Crime and Illicit Trafficking Branch at the United Nations Office on Drugs and Crime (UNODC).

“Their [survivors’] experiences and informed perspectives should be systematically included in policy development at all levels” added Ms. Aryee.

As the policy forum on trafficking in persons, ICAT will continue to work closely with survivors and advocate for their inclusion into the development of anti-trafficking policies and programmes. This will include, among others, issuing a joint call to governments during the commemoration of the World Day Against Trafficking in Persons on 30 July.

ICAT participated in a second virtual event co-organized by the Office of the High Commissioner for Human Rights and the OSCE on 16 June to raise awareness on the recently-adopted General Recommendation No.38 on Trafficking of Women and Girls in the Context of Global Migration developed by the UN Committee on the Elimination of Discrimination against Women (CEDAW), and support its implementation at country-level.

General Recommendations are developed by the Committee to offer interpretative guidance to States Parties to the Convention on the Elimination of All Forms of Discrimination Against Women on specific provisions and aspects of the legal text.

General Recommendation 38 particularly provides guidance on the implementation of Article 6 of the Convention, calling on States Parties to “take all appropriate measures, including legislation, to suppress all forms of traffic in women and exploitation of prostitution of women”.

The Recommendation emphasizes the need to address root causes of trafficking in women and girls, including through addressing socio-economic injustice; promoting a safe migration framework; discouraging the demand that fosters exploitation and leads to trafficking, as well as tackling the use of digital technology in trafficking, among others. 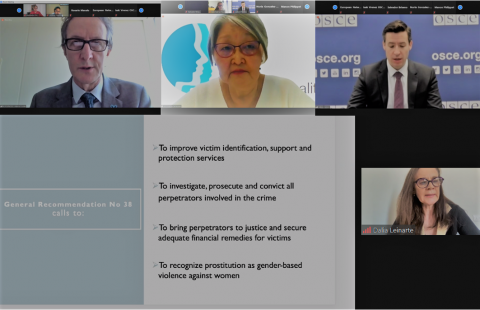 Speaking during the event, Dalia Leinarte, former Chair and member of the CEDAW, who led the development of the General Recommendation, recognized the importance of collaboration of all actors, including through ICAT, in supporting the implementation of this instrument.

Speaking on behalf of ICAT, Martin Fowke from the Human Trafficking and Migrant Smuggling Section of UNODC, drew links between the General Recommendation and existing frameworks, such as the Trafficking in Persons Protocol to the UN Convention against Transnational Organized Crime and relevant guidance provided by ICAT jointly, including the recent Analytical Review of anti-trafficking efforts in the past two decades, highlighting the importance of

To that end, ICAT will support several region-based initiatives to raise awareness on the General Recommendation and promote its use around the world.

Participation in the two side events is part of ICAT’s deliberate mission to reinforcing partnerships with different agents, so that a comprehensive and holistic response to trafficking can be provided globally.

ICAT was established in 2007, pursuant to UN General Assembly resolution 61/180 with a view to enhance cooperation and coordination among the international community in their anti-trafficking efforts. 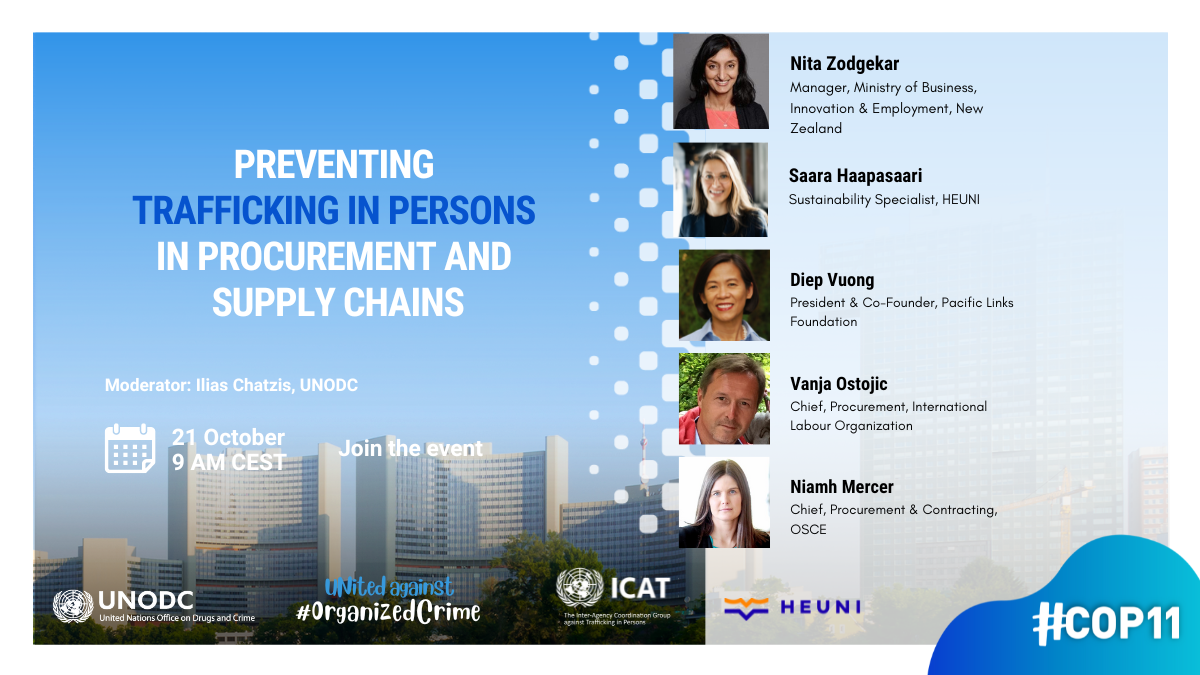 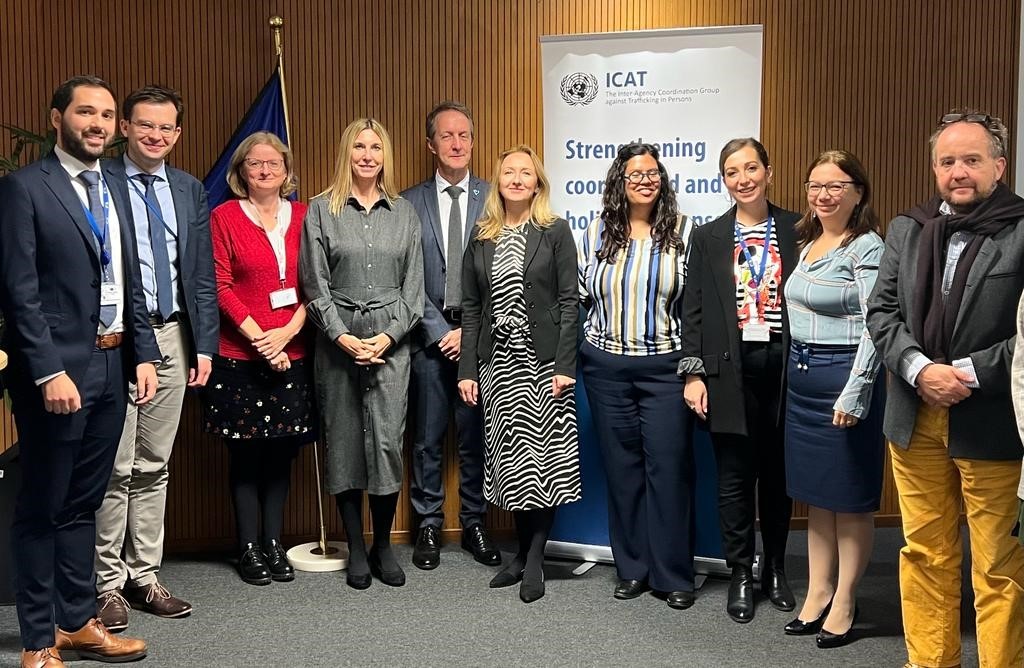 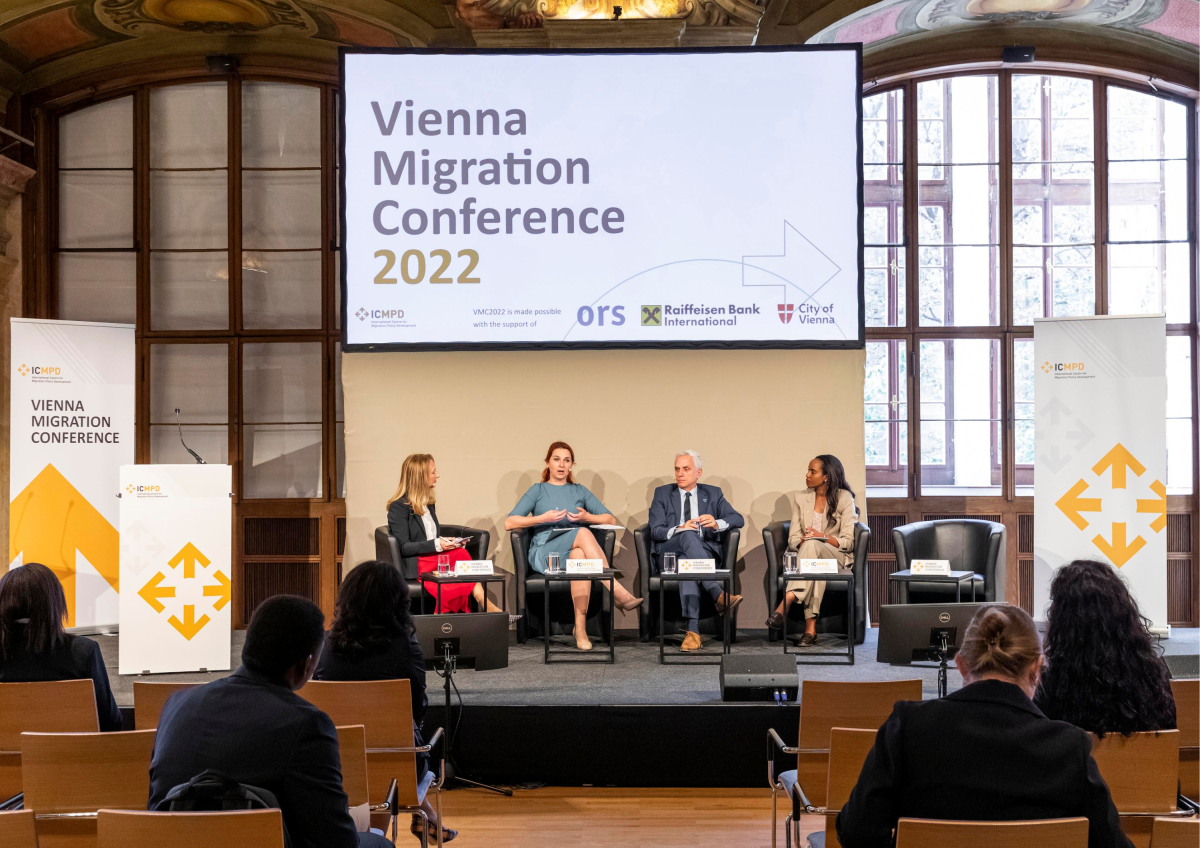